Neurodiversity – an organisational advantage to be valued and supported

Delegates at RiverRhee’s June 2017 Introduction to Management course demonstrating a diverse approach to one of the challenges that we set them.

What is neurodiversity, and why value it?

I’ve been reading and thinking about neurodiversity for a while, as it is something that we value and support in young people at the Red Balloon Learner Centre in Cambridge, for which I am a Trustee.

It is something that is sometimes attributed to ‘gifted’ young people, or to our ‘cleverest thinkers’ .  And it is something that is described by John Elder Robinson, the co-chair of the Neurodiversity Working Group at the College of William and Mary as “the idea that neurological differences like autism and ADHD are the result of normal, natural variation in the human genome”.

The quote above is cited by Robert D. Austin and Gary P. Pisano in “Neurodiversity as a competitive advantage.  Why you should embrace it in your workforce.”  HBR, May-June 20217, pp. 96-103.  In fact, neurodiversity also includes Asperger’s, dyslexia, dyspraxia and other natural variations.  The authors assert that this neurodiversity is not something to be cured, but rather to be embraced as bringing valuable new perspectives to an organisation.

Similar points are made by Carol Fowler, in her blog on Neurodiversity for One Nucleus, and by Sally Moore, of Top Stream, an organisation that “works to get the best from brilliant minds in the workplace.”

All these practitioners argue that recruiting and supporting such neurodiversity in our organisations will enhance creativity, innovation, problem solving.

Sally Moore and the HBR authors cite typical applications of neurodiversity to IT related roles in SAP, HPE, Microsoft, EY such as software testing, cybersecurity, business analytics; and also scientific and engineering research and development.

However, neurodiverse people can also bring enhanced people interaction and social skills.  The HBR authors cite companies that have experienced advantages for product management and development, HR support and interfacing with customers for software consulting and support.

Hiring neurodiverse people can have other unexpected benefits, as the HBR authors also discovered, in enhancing the people skills of the managers and of other members of the teams that work with them as they seek to support them more effectively. 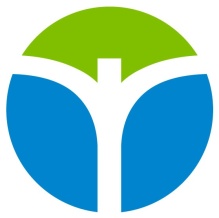 Click here for information on RiverRhee’s training, workshops and coaching for managers and teams

Personality tools such as MBTI (Myers Briggs Type Indicator) and Belbin Team Roles go some way to help us recognise and appreciate the diversity of soft skills and strengths that people can bring to an organisation.

However our recruitment and performance management and development processes tend to be set up for more “neurotypical” people.  According to the HBR article, they put an emphasis on “solid communication skills, being a team player, emotional intelligence, persuasiveness, salesperson-type personalities, the ability to network, the ability to conform to standard practices without special accommodation” etc.

Many neurodiverse people do not interview well – for example they may have difficulty with eye contact, be prone to going off on a tangent, and can be over-honest about their weaknesses.  Making presentations can also be particularly challenging.

In addition, the general emphasis on open plan working makes no allowance for people who may be oversensitive to noise and to light.

Pioneering companies are using a range of approaches to overcome such obstacles for example:

It seems we have some way to go to value and support neurodiversity in our organisations in the UK.  It would be interesting to hear of examples that already exist and/or of endeavours being made to do so.

Elisabeth Goodman is the Owner and Principal Consultant at RiverRhee Consulting., a consultancy that specialises in “creating exceptional managers and teams”, with a focus on the Life Sciences. (We use training, facilitation, coaching, mentoring and consulting in our work with our clients.) Elisabeth founded RiverRhee Consulting in 2009, and prior to that had 25+ years’ experience in the Pharmaceutical Industry in line management and internal training and consultancy roles supporting Information Management and other business teams on a global basis.

RiverRhee is a support supplier for One Nucleus and a CPD provider for CILIP (Chartered Institute for Library and Information Professionals).

She is a member of CILIP and of APM (Association for Project Management) where she was a founding member of the Enabling Change SIG.